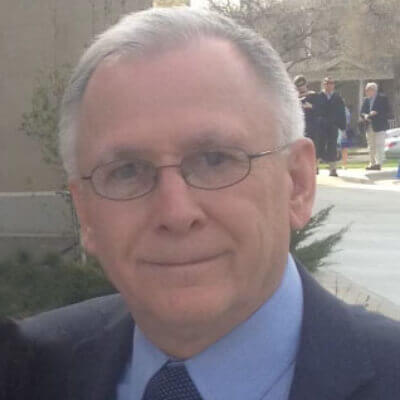 Dr. Flandro grew up in Pocatello and initially graduated from Idaho State University with a degree in business administration. After working for a couple of years in a corporation he was motivated to pursue his longstanding interest in the eye and a desire to work for himself. He realized that optometry would allow him to reach this goal. He returned to Idaho State University to take the required science classes and graduated with a second degree in zoology. He attended optometry school at the Illinois College of Optometry in Chicago. After graduation he worked in a specialty contact lens clinic in Chicago for 3 years. He returned to Pocatello to take over the office of Dr. Leath Robbins, who was retiring. Dr. Flandro is now in his 37th year of practice as an optometrist.

Dr. Flandro has one daughter, Megan, who recently graduated from Idaho State University with a Doctor of Pharmacy degree. Outside the office, he enjoys golf, biking, fly fishing and exploring the great Idaho outdoors.